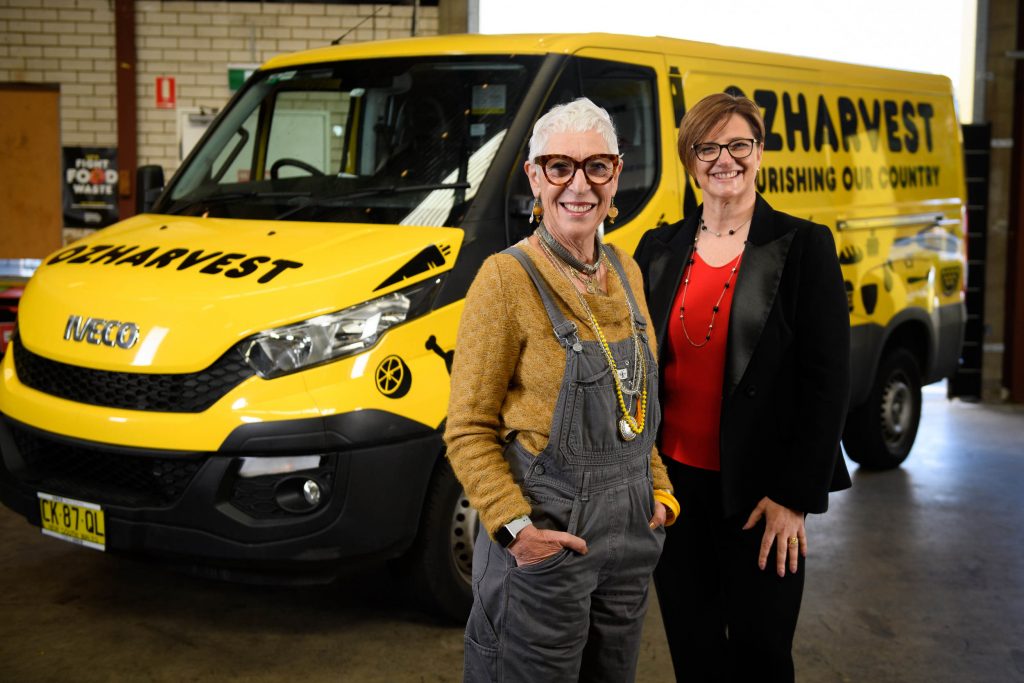 Hospitality with heart: IHG teams up with OzHarvest to help Australians in need

IHG® has announced a national partnership with OzHarvest, Australia’s leading food rescue charity, propelling the company forward in its war on waste in bigger, bolder ways. By supporting OzHarvest’s Food Rescue program, IHG will prevent good food from hotels going to waste and using it to feed hungry Australians via a network of charities across Australia. The initiative minimises food waste and provides high quality, nutritious meals to those in need, and dramatically reduces the negative impact on the environment by lightening the load on landfill.

Parramasala, the largest celebration of cultural diversity in NSW, returns in 2020 for a three-day extravaganza of dance, music, art, food and family fun in the heart of Parramatta. More than 35,000 people will head to Prince Alfred Square and its surrounds for a dynamic daily line-up of cutting-edge live music; vivid dance; kids’ workshops; culinary delights; and a breathtaking parade of colour and costumes. Celebrating its 10 year anniversary in 2020, Parramasala is a world-class celebration of a broad range of cultures including South American, Middle Eastern, Indigenous Australian and South East Asian. For more information, click here.

Miranda Lambert will bring her Wildcard Tour to Qudos Bank Arena in March 2020! If you’re a country fan, it’s definitely not an event to miss and if you’re looking for accommodation near Sydney Olympic Park, Holiday Inn Parramatta can’t be beaten. As a hotel close to public transport, Parramatta Train Station is just a 5 minute walk away and Qudos Bank Arena only a 20 minute drive. The perfect hotel for concert-goers, with 24hr Room Service and a full buffet breakfast available until 10.30am the day after.

With a brand new album – Wildcard – just released and already garnering rave reviews, Lambert is without doubt one of the hottest acts in country music. Hit album singles, the anthemic ‘It All Comes Out In The Wash’ and ‘Tequila Does’, are already making waves globally, and follow on from country radio staples like ‘Heart Like Mine’, ‘Over You’ and ‘The House That Built Me’. Known for her dynamic on-stage energy and infectious charisma, Lambert has an ability to connect to her audience like few others.

Step right up to amazing agricultural displays, world-class entertainment, stunning fireworks and exhilarating thrills. There’s something for everyone at the Sydney Royal Easter Show. For more information, click here.

It’s time to begin, now count it in…

So Pop is back at Qudos Bank Arena in April 2020! For accommodation close to Olympic Park, Holiday Inn Parramatta is only a 20 minute drive away! If you’re looking for hotels near Qudos Bank Arena, or hotels close to public transport, we’re only a 5 minute walk to Parramatta Train Station! Providing perfect accommodation for concert-goers, with 24hr Room Service and a full buffet breakfast available until 10.30am!

Iron Maiden bring their Legacy of the Beast tour to Qudos Bank Arena in May 2020! If you’re looking for accommodation near Sydney Olympic Park, hotels near Qudos Bank Arena or hotels near public transport, Holiday Inn Parramatta is the perfect hotel for concert-goers, with 24hr Room Service and a full buffet breakfast available until 10.30am the following morning. Just a 5 minute walk from Parramatta Train Station or a 20 minute drive to Sydney Olympic Park.

The Legacy Of The Beast Tour is being hailed by fans as the most extravagant and visually spectacular live show of the band’s touring to date and with a decade-spanning set-list of fan favourites, this will be the must-see show of the year, Australia get ready, the best metal tour of 2020 is coming your way! For more information, click here.

Get your group together, because the biggest selling Boy Band of all time, the BACKSTREET BOYS are heading to Qudos Bank Arena in May 2020!

If you’re looking for accommodation near Sydney Olympic Park, hotels new Qudos Bank Arena or hotels near public transport, Holiday Inn Parramatta is the perfect hotel for concert-goers, with 24hr Room Service and a full buffet breakfast available until 10.30am the following morning. Just a 5 minute walk from Parramatta Train Station or a 20 minute drive to Sydney Olympic Park!

Featuring their signature, flawless choreography, costume changes, a pyramid-shaped stage of light, trap doors and giant video screens, Australian fans will experience their harmony-laden vocal prowess and arsenal of mega-watt hits such as ‘I Want It That Way’, ‘Everybody (Backstreet’s Back)’ and ‘As Long As You Love Me’, plus songs from their tenth studio album, ‘DNA”. For more information, click here.

AUSTRALIA IT’S TIME TO GET ALL REVVED UP! JIM STEINMAN’S EPIC ROCK MUSICAL, BAT OUT OF HELL is blasting into Qudos Bank Arena in June 2020!

Based on one of the best-selling albums of all time, the award-winning wild child rock musical features a powerhouse of hits including “You Took The Words Right Out of My Mouth,” “Bat Out Of Hell,” and “I Would Do Anything For Love (But I Won’t Do That)”. An epic love story of rebellious youth and passion, this rock spectacular brings to life the legendary hits of Jim Steinman in an exhilarating two and a half hour rock event. For more information, click here.

Still, at the very top of his game, Stewart has followed a triumphant stadium tour this UK summer with one of his biggest UK tours ever, with live performances running through November and December of 2019. In addition, he has also toured the USA, with highlights including headlining a series of shows at Caesars Palace in Las Vegas as part of a multi-year residency and adding a third sold-out Hollywood Bowl concert in LA for a landmark reunion set with his former bandmate Jeff Beck. For more information, click here.